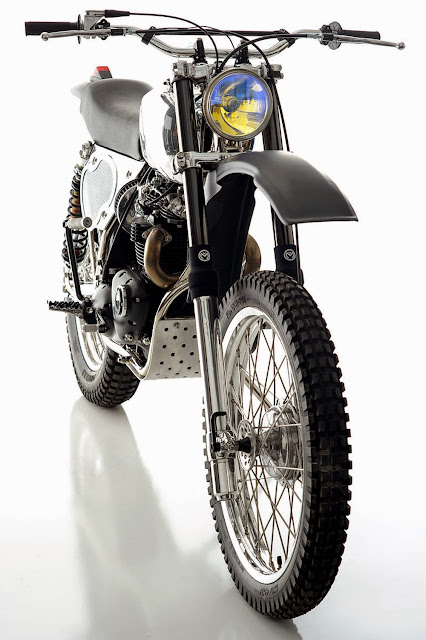 Scramblers have always been somewhat the bastard child of the custom family when the most recent scene kicked off.  Cafe Racers and Trackers where the favourites, playing with the other bikes on the streets while the Scrambler was left playing on it's own in the dirt.  When it did get together with the other bikes it was awkward and often loud and rambunctious spraying mud over the others for no apparent reason.

I think think there is change in the air with custom VMX and Scrambler becoming the the customisation of choice by a lot of backyard builds popping up along with the big shops like Bratstyle.

I found this chromed out Triumph Scrambler over at motart with photography done by
Anthony Hall not sure who the builder was but they did a damn fine job. 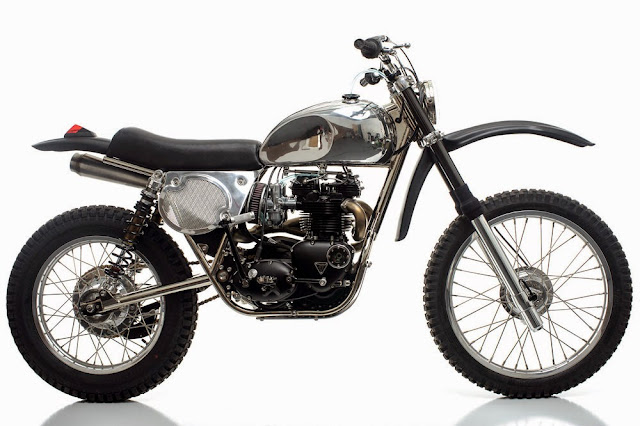 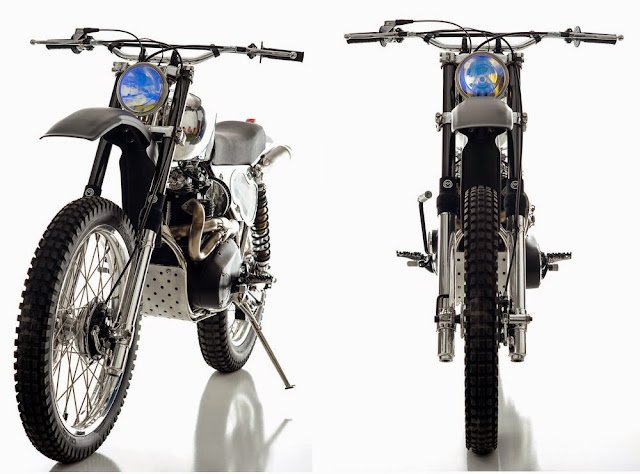