Showing posts from July, 2013
Show all

ONE by GP Design Workshop 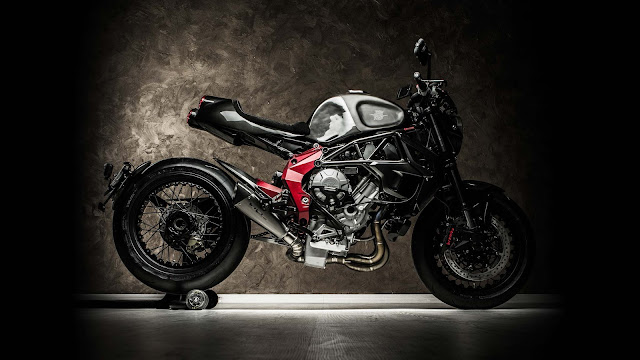 For me the Brutale has always played second fiddle to the other Italian Streetfighter (and no it's not Rocky Balboa), but not this one. One in fact is the name of this modern custom developed by the crew at GP Design Workshop. Taking a stock Brutale 800 and turning it into somewhat of a modern day chariot ready to be ridden around the colosseum sideways and on the back wheel. Just like the chariots of the ancient times this one also looks like it comes with a few horses although official numbers have not yet been released.  What is stated though is that it's the first motorcycle with all apple devices integrated. The dash is an IPad - Mini with a purpose written application to power the tach and speedo and a number of other elements.  This would also allow onboard GPS, and the rider to have a quick game of Candy Crush while waiting in traffic.  Gone are the traditional mirror, these have been replaced with iPods with cameras. There are a couple of other non-tec
Post a Comment
Read more 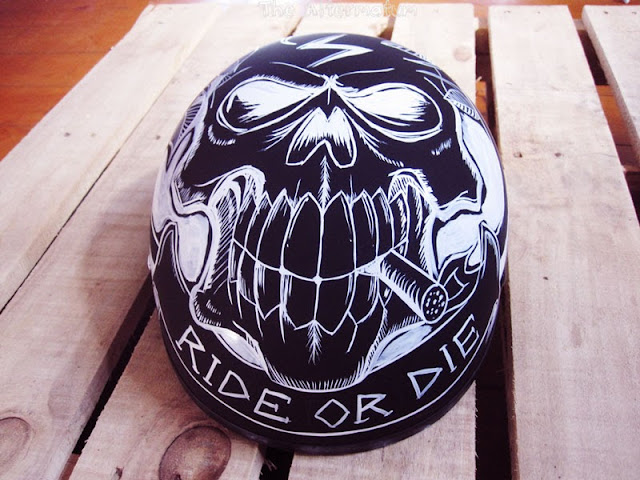 Painted freehand with one shot and a Mack pinstriping brush. Normally I sketch it first but this time I thought I would just wing it.
Post a Comment
Read more 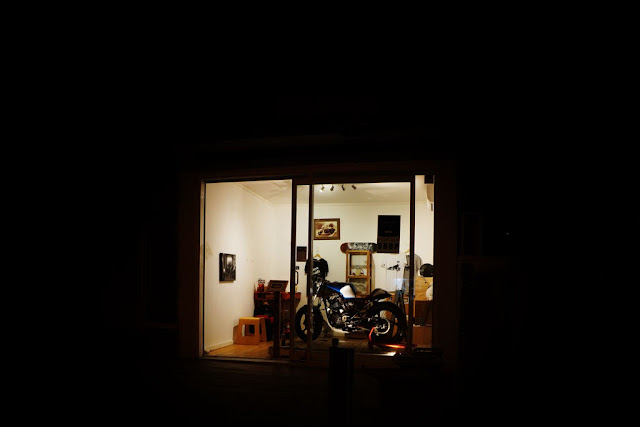 We're back into the cloud. Thankyou, thankyou, thankyou to everyone that came down during the month either as a visitor or as a helping hand. We hope to do it again sometime soon! Cheers LSG
Post a Comment
Read more
More posts