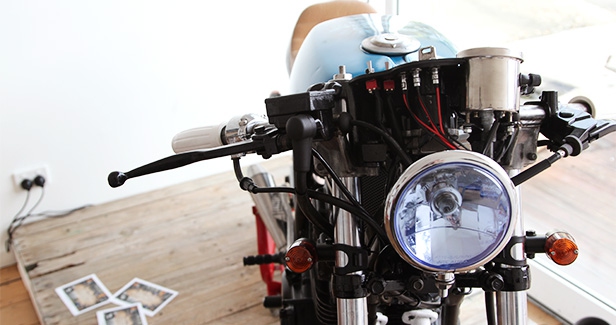 It's been a great couple of weeks having this little popup shop in Paddington.  Thank-you to everyone that has stuck their head through the door and commented on our WD40 air freshener.  Not only have we added a bit of variety to the Paddington retail landscape, but we've had a blast chatting to other enthusiastic people about their builds sharing some ideas and just discussing bikes in general.

We've had a variety of people walk in and share their stories, the most memorable one so far was from a lady who had ridden a Honda CB from Melbourne to Afghanistan in the 70's.  We also met another guy who had recovered from a stroke after being told by doctors that he would never walk again, now looking to get back onto two wheels.  There were also a couple of ladies that were looking for the jewellery shop that was here not long ago.  I tried to convince them that a couple of tyre valve caps would look great as earrings but they didn't fall for it.

A large number people have also just dropped by for a chat asking what the space was about and the concept behind the popup shop was.

We'd also like to say a special thanks to Linsey and Theo who wrote a couple of articles which appeared in The Weekend Edition and Four Thousand respectively. 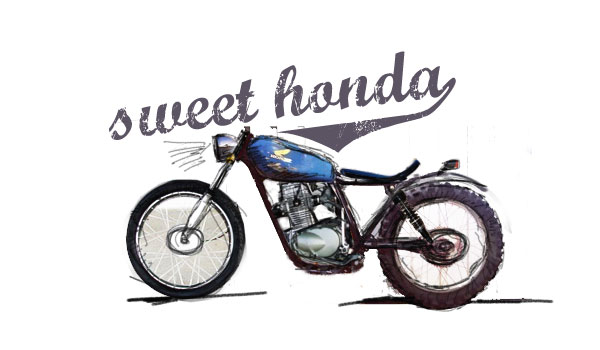 Sure retail is fun but we were also having workshop withdrawals and managed to fit in some time to weld up a new end for the Sweet Honda and fibreglass a new seat for Blossom.

We've got another two weeks to go so if you happen to be in the area drop by and say hi.