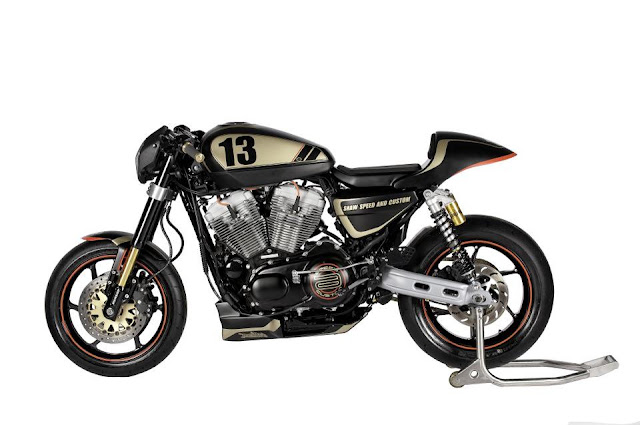 As The Experiment build is coming to an end, we were thinking about toying with the idea of getting some American Iron.  Along with that all too common train of thought, I start trolling through pics on other builds.  I spotted this one today some studio shots of Shaw Speed & Custom's XRCR Sportster.

For me it has a lot of the visual elements that I'd like on a sporty looking custom harley.  The agressive stance sets the scene with the inclusion of rear sets, aftermarket swingarm, racing seat, clipons, serious stopping power, and what looks to be a set of Ohlins on the rear and some USD forks up front.

I'm not sure if it was just for the shoot but upon closer inspection of the tyres it looks like it's done some decent cornering as the only place you'll find some chicken strips would be in a KFC family pack (with a diet pepsi of course). 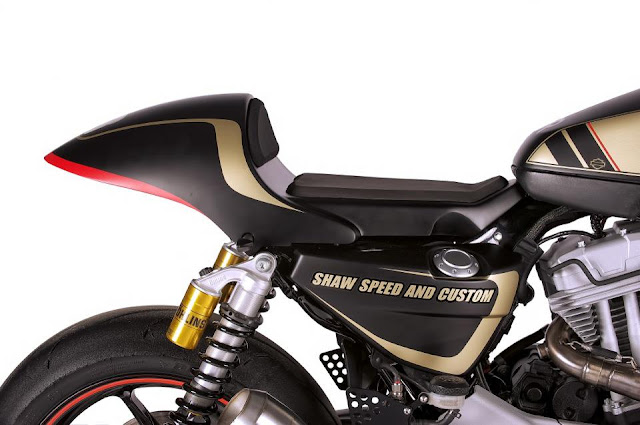 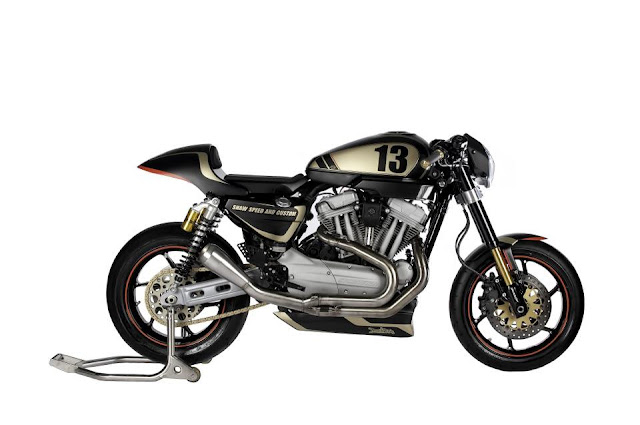 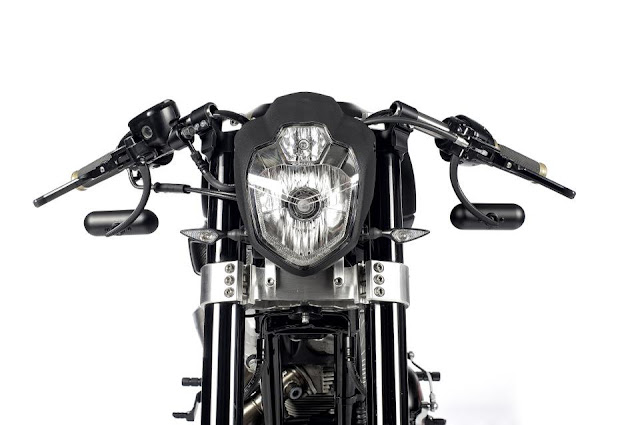 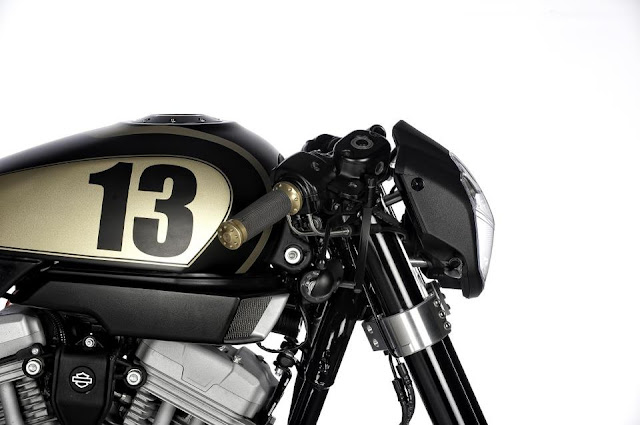