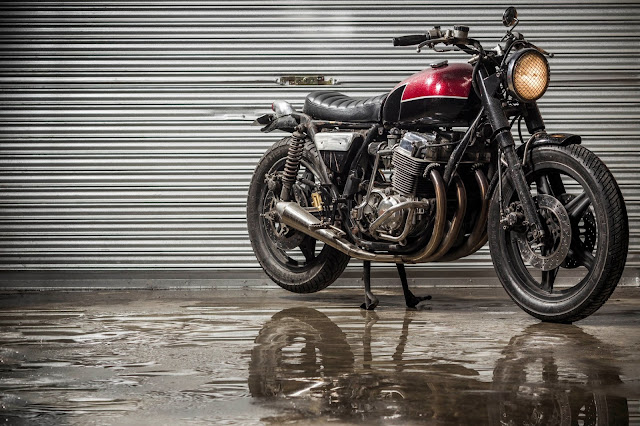 The Rat unfinished look is becoming increasingly popular amongst the custom moto scene.  I mean it's always been around amongst the bobber/chopper crew.  But more and more builders and their clients are opting for this style.

I can understand why, not only does it makes sense in a monetary point of view, (albeit some rat builds would cost more than a standard plug n play build) it makes you look twice to notice the finer details and the thought behind some of the solutions. 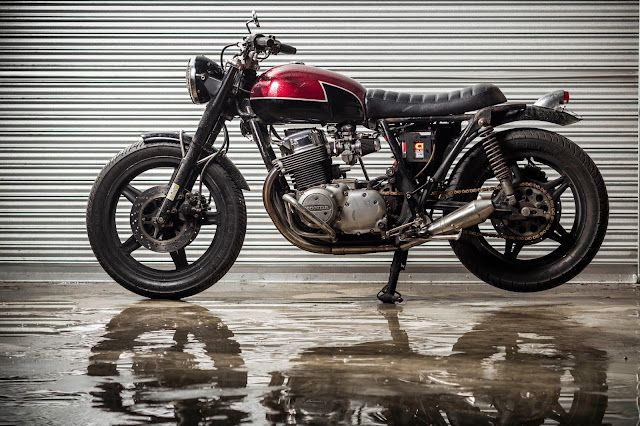 Last but not least these builds lean themselves to a ride it like you stole it attitude, simply because you don't have to worry so much about scratching that freshly finished paint job or scraping those pegs that took 4 weeks to arrive from OS.

This was part of the reasoning behind this CB750 Cafe build from the well known Benjie's Cafe Racers.  It's owned by one of the crew members and is used for an everyday ride, here is what they had to say about the build.

"The bike is being used almost everyday and is being ridden with the "Rides it, like you stole it" philosophy. Sure the bike looks unfinished, and rough around the edges, but it sure looks very nice for a commuter. This bike has character and gets a lot of attention and positive comments every time the bike is taken out.  The bike is well taken care off and still being pampered even though it has that dirty look. One of these days the bike will go through a frame off Resto, but to me, the bike looks perfect."

The bike may not be to everyone's taste but in most cases, beauty is in the eye of the beholder. 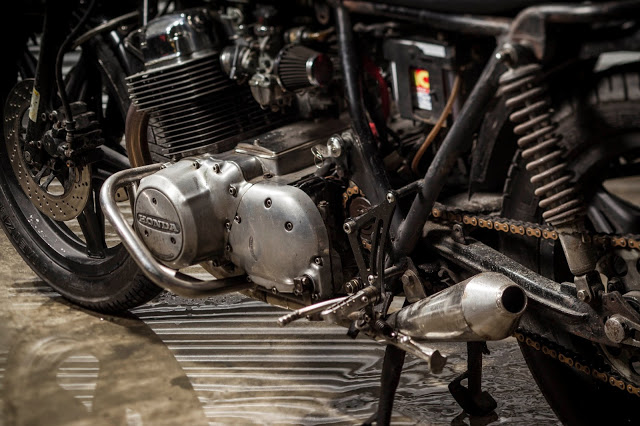 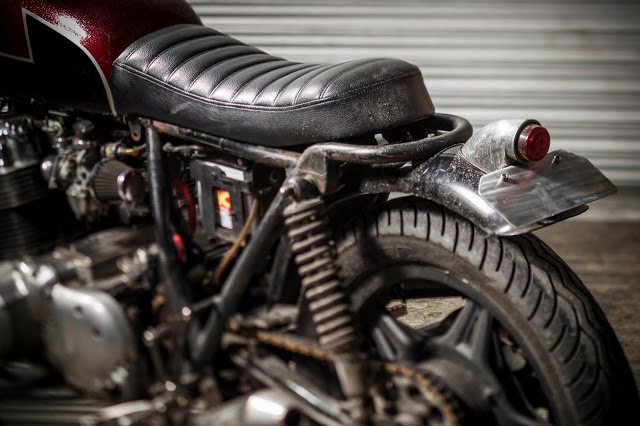 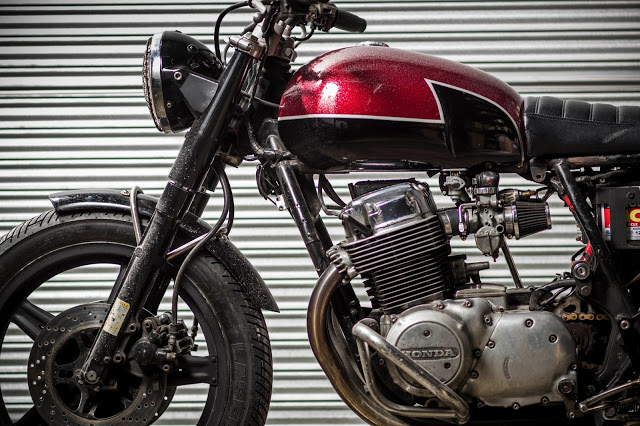 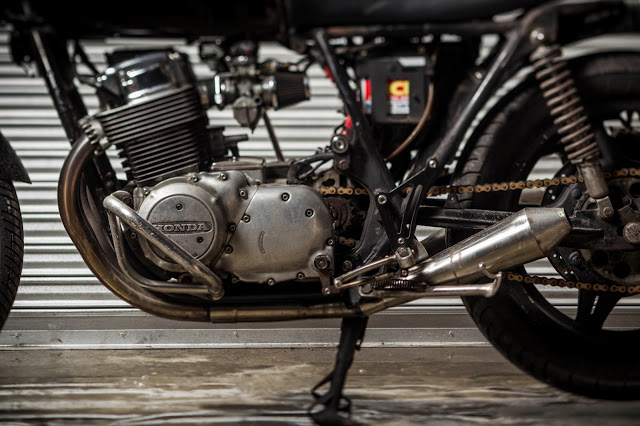 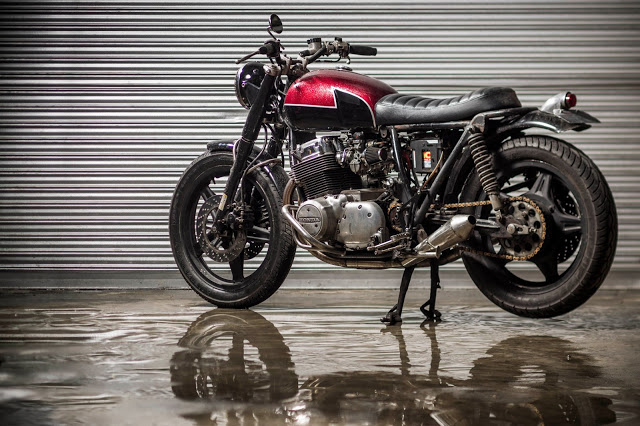 You can check out more great photos here