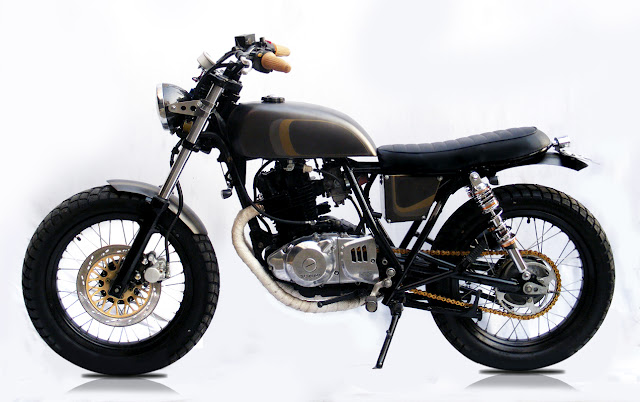 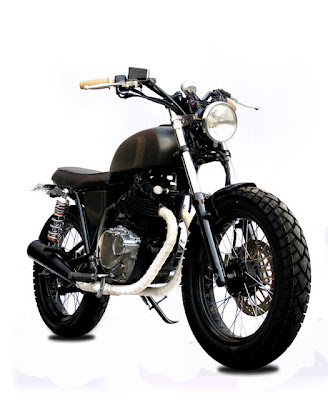 I've been following these guys out of Jakarta for a while after trying to find parts for a bike a few years ago.  The shop is called The Katros, and with most countries in SE Asia the cc of bikes are somewhat limited to anything under 400cc.  This sees them produce a lot of cool looking smaller street trackers and racers.

The Groovy is no exception being based on a Suzuki Thunder which is a 250cc thumper.  They built this one to be a comfortable daily ride, you can tell by the seating position and the seat itself.  With a common them with street trackers of late for minimilist thin seats.

The one thing I like about these guys is that they're somewhat backyard builders that seem to turn over a large number of builds.  Yet all of their bikes seem to have an unpretentious welcoming feel to them. 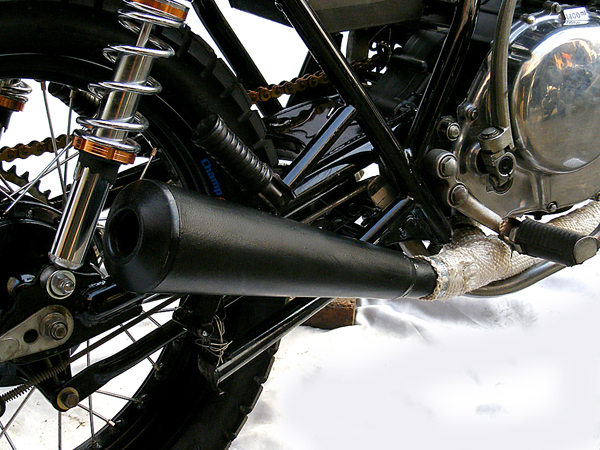