Fender and Triumph Get it On 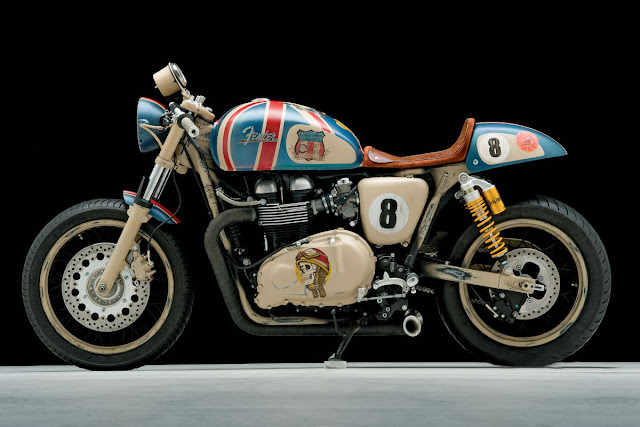 I know this bike has been around for a while but there's nothing I love more than a good collaboration, Lennon McCartney did it, Hanna-Barberra teamed up, The Australian and New Zealand Army Corps joined forces, Bonnie and Clyde did it successfully and even the good old Australian Vegemite, and Cheese collaborated to create the Cheesymite Scroll. 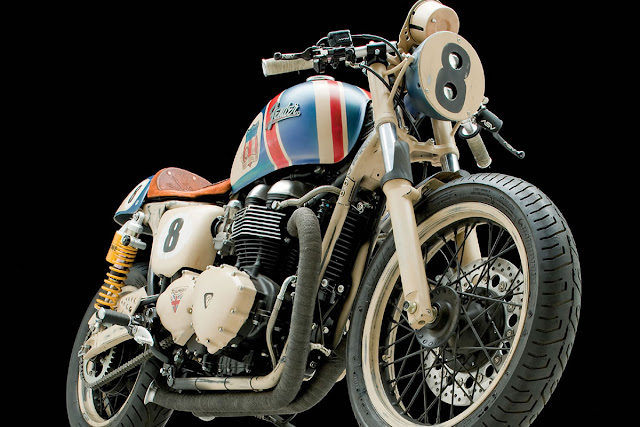 So when Fender and Triumph decided to get together this was the result.  Built by the late Christian Clayton of Sucker Punch Sally, it's based around a 2009 Triumph Thruxton.  Minimal work has been done to the engine, but the stock suspension has been replaced with a pair of Ohlins along with the headlight being swapped for a HID unit.  The seat also looks like the remnants of an old guitar strap.

The most noticiable feature of the bike is the paint job which was done by hot rod artist Sarah Ray.  She managed to create the same look as a telecaster used by John Farnham's guitarist (For those non OZ readers John Farnham is a Musician, who has had more comebacks and a Rocky Film).


Somehow he just keeps going and going much like this Trumpy will be doing in years to come. 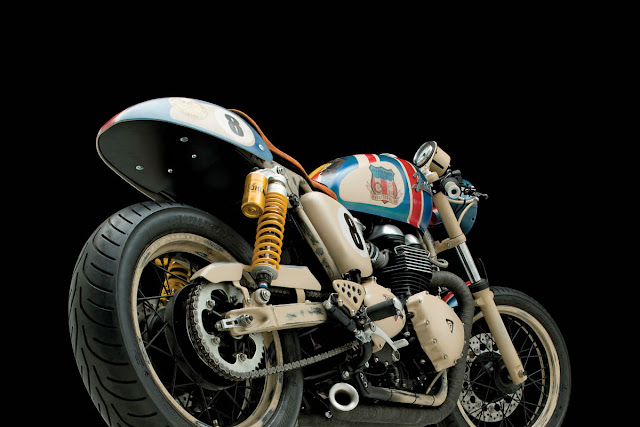 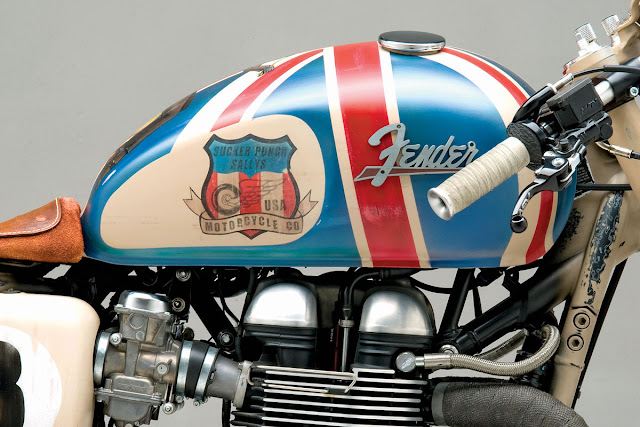 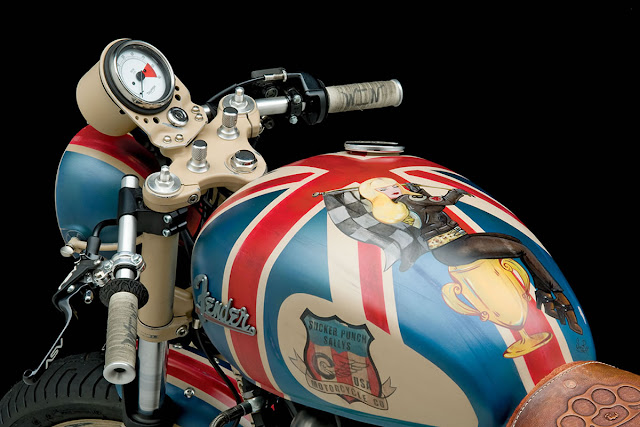 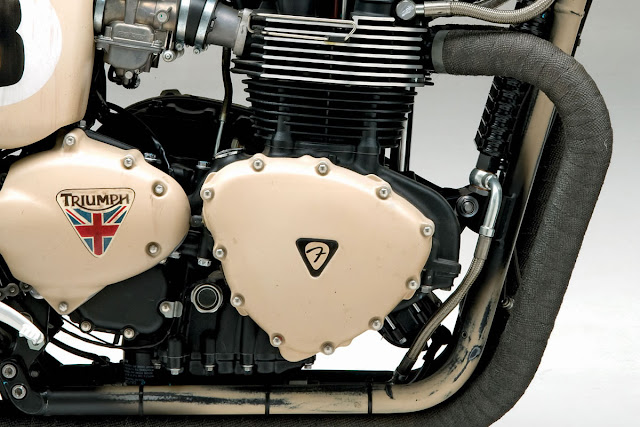 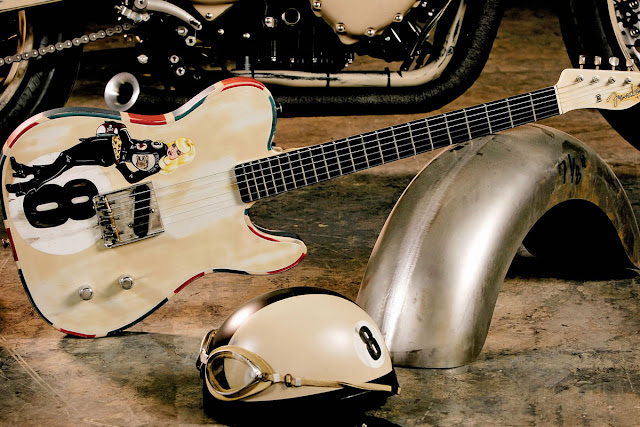