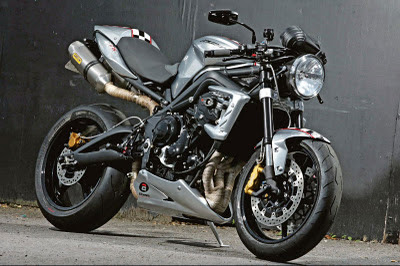 If you're currently not aware of the landmark that is London's Ace Cafe.  Originally opened in the 1938 as a cafe for truck drivers, it quickly became a hangout for motorcyclists.  By the 60's it was the hive of activity for motorcyclists, rock n roll and a good feed.  It was the place which started the concept of record racing where guys would drop a coin in the jukebox and try and race there bikes to and from before the record had stopped playing.

Over the years it went through a number of different transformations as a result of a number of social, political and environmental changes.  However in 1969 the cafe was closed.  It wasn't until 1993 that planning for the reopening begun and in 2001 it was reopened. 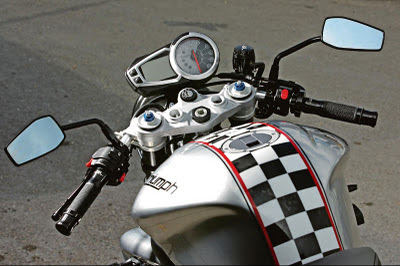 Built from a Triumph Street Triple base, this racer was created to celebrate Ace Cafes 10th Anniversary since its reopening.  10 bikes will be built each featuring
I could definitely see someone dropping a coin in the jukebox and doing the ton on one of these.

And as Mark Wilsmore says "I'll See you at the Ace" 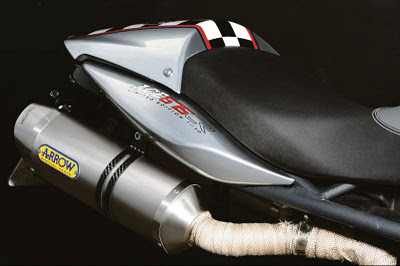