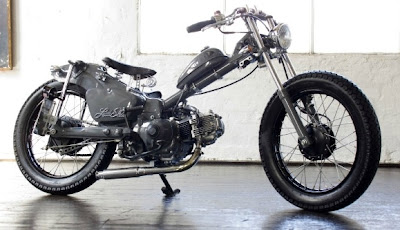 These guys have been around for a while and last time I was in Melbourne I spent half the afternoon looking for their workshop in Fitzroy.  Unable to find it I ended up settling for a Pint or two.

What I didn't realise that Merrick Watts is the silent partner in the joint venture.  Their vision with PMM is to creation a so called "Sheep in Wolfs Clothing" using the bullet proof CT110 Postie Bike.  For those of you that aren't from Australia, Merrick was most recognisable as the radio host on Tripple J a few years back.  After leaving he went on to other more commercial stations.

One thing that I like are the names given to each bike.  Each playing on the Honda's history in Australia as a Postal services vehicle with names such as Junk Mail and Dear John. 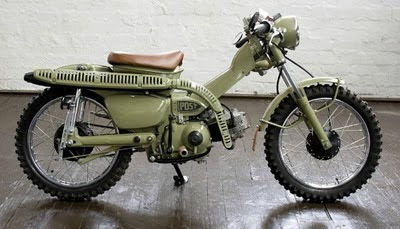 Their creations are interesting and certainly appeal to the innercity market, with their low cc and higher price range.  I would see them as being a competitor with the Vespa crowd putting from one inner city cafe to another.

You can read about them here