After reading an article in the lastest motorcycle trader about Ducati introducing a new 659 Monster to cater for the LAMS riders.   It got me thinking about what Duke I would own if I had a wad of cash burning a hole in my Jeans West trousers.

Obviously the idea by the Ducati marketing teams was to give the LAMS rider an opportunity to own a ducati.  That and to drop in on the same market dominated by the 250 Ninja and the newly introduced CBR250.

The monster is a great bike and I know a couple of people that own them and love them.   It's a model that hasn't really changed since it was first introduced in 1993.  However I'm all for change and when they introduced the Ducati Hypermotard it was a bike that I was instantly attracted to.  It doesn't have the beauty of a 1098 and even though it shares the same visual cues as the Multistrada it still has a look that is completely unique.  Along with an engine that you could have some serious fun on, it's a bike that really appeals to the inner bogan.

It's one bike that I look at and I can't think of anything I would customize, well maybe those Prince Charles Ear-esque mirrors.   Having said that there have been a number of customs that have popped up over the years, which have been very nicely done.


In the movies
The Hypermotard has also features in a number of movies, due to it's stunt riding capabilities.  The ones that I know of include 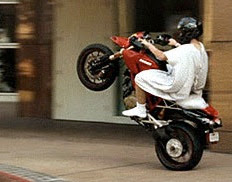 Yes Man -  with Jim Carey's double fanging it down the footpath

Terminator Salvation - It was used in the pre-production stage. 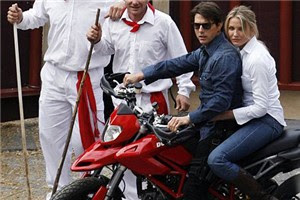 As much as I love the older customs, I'll still have a soft spot for the Hypermotard.
Bike Builds Ducati

lams bikes said…
I find lams bikes too good and classy.And when Hollywood actors use these they look so cool and smart.
September 21, 2012 at 10:23 PM