Previously I had a post about a custom shop called LC Fabrications that created an amazing looking triumph.  But now they've taken what the previous owner called "just a f*&@'n Yamaha" which was a half cut 79 XS650 into very clean streetwise motorcycle.

I really like the lines on this bike, the exhausts run parallel with the tail piece, and the whitespace between the seat and the frame really opens it up to more of a higher riding position than the traditional bobber.

The twin headlights also suit the bike perfectly, with the twins also matching the taillights to finish off the rear end of the bike.


It was called the "chicken salad" after what builder Jeremy thought he was starting out with.  Well he's turned this chicken salad into a something that's leaner, yet has more calories and would keep you satisfied for a lot longer.

This is one salad I wouldn't feel embarrassed ordering while dining at a steak house. 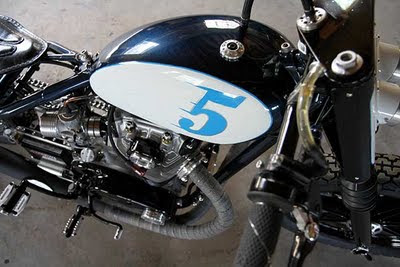 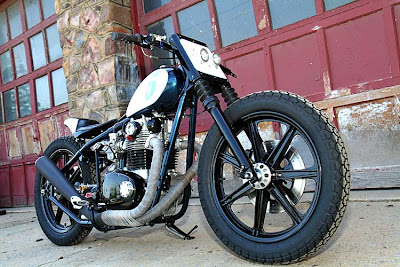 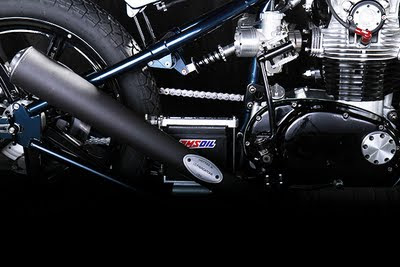 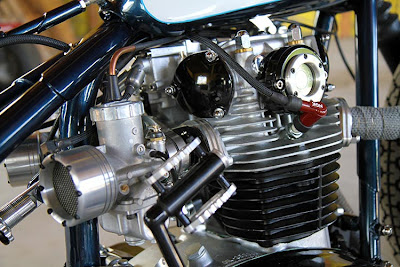 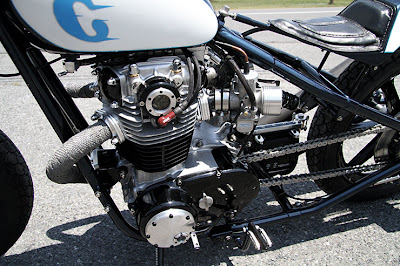 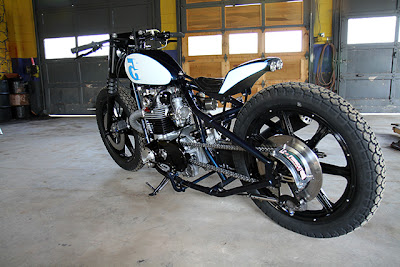