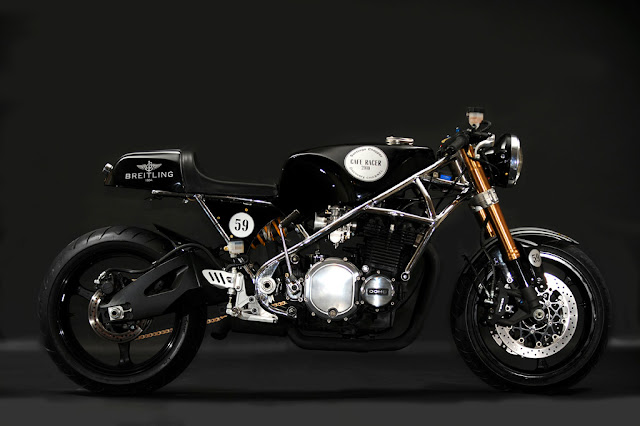 This fantastic cafe racer was built by a Alain Bernard from custom shop called Santiago Chopper, and was featured as part of the TV series Cafe Racer which screens on the Discovery Channel.  I'm yet to see this TV series as I'm too much of a tightwad to spend the money to get fox.  Although from what I've heard this show might be worth the admission price alone.

The powerplant is based on a 70's Kawasaki Z900 which sits snug into a 70's vintage Moto Martin frame.  The classic chassis is also juxtaposed against the more modern Suzuki GSXR-600 swing-arm and suspension.

The final product is beautiful especially from a shop that's more renowned for their chopper and bobber builds than cafe racers.

Another positive to come out of this build was that sale of Breitling Cafe Racer Raised $35000.00 for the Curing Kids Cancer Foundation.

You can see more pics and information on the bike on the Santiago Chopper site. 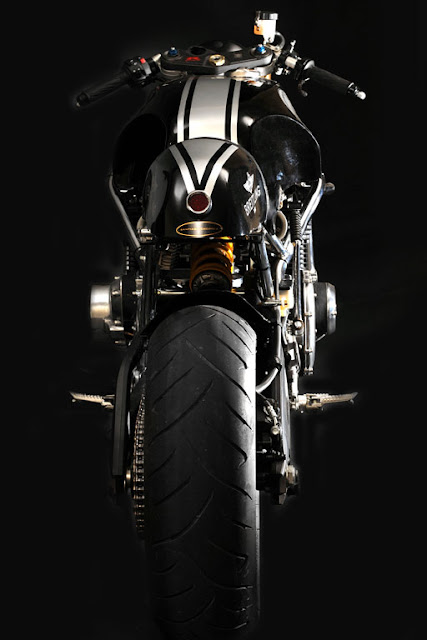 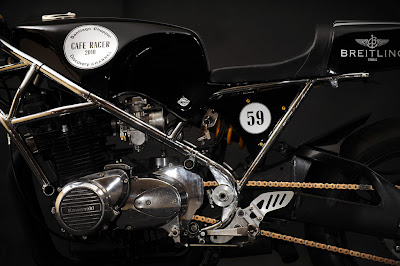 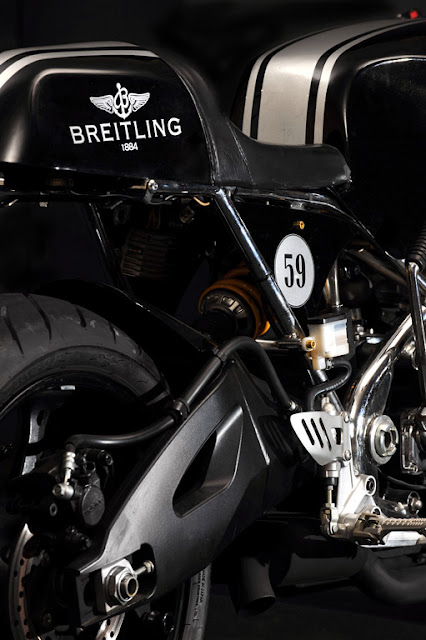