By LSG - November 03, 2010
So managed to decide on some artwork for the tank, I called her Skull-Eisha.  Sounds like more of a Jerry Springer Guest than a sketch on the tank.

I wanted something that represented the build and history of the bike.  The idea behind it was a Geisha representing the origin of the bike (Japanese) and a skull which represents the modification Kustom Kulture symbolism.

I want to make it subtle on top of the tank.  So will need to be candied over afterwards.  I know it will loose some of the detail but I don't really want it to stand out too much. 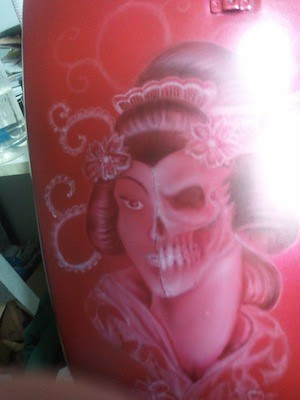 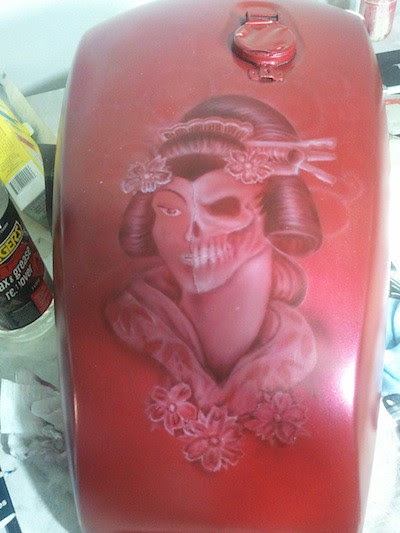